Home > Board of Directors 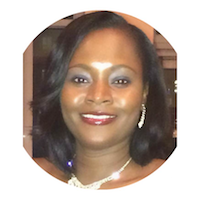 Fredline Joseph Ciril is the founder and president of House of

New Vision and Hope, a non-profit Christian organization with the mission to help children in need by providing them access to education, health care, and a place to worship God.

Fredline earned her Associate’s degree at Miami Dade College, where she served as president of the Haitian Boukan Club. She earned a Bachelor’s degree in Food and Nutrition Science from Florida State University. She was the first to introduce the Haitian Carnival to the Haitian Cultural Club at Florida State University, which is still celebrated every year. She volunteered her time as Creole interpreter in a Georgia plantation field for Haitian immigrant workers seeking medical care. She worked for five years as a nutritionist for the State of New York, helping low-income families at risk for poor nutrition learn to pursue healthy lifestyles. She directed the children’s ministry at Moriah Church of God in Brooklyn, New York for three years, then served as the church coordinator. She is presently completing a Master’s of Business Administration at Florida Atlantic University.

Fredline lives in South Florida with her husband, Elie, and three wonderful children. Fredline has a passion and a heart for her native country, Haiti, and the children there. Her vision of a better Haiti has motivated her passion to give back to the community by inspiring the younger generation with a new vision of hope and prosperity.

Fabienne Cadet-Laborde, Ph.D. is the vice president of the board. Although born in the U.S. (Brooklyn, NY), Fabienne has always had a love for her Haitian culture, born from parents who both emigrated from Haiti to the U.S. Fabienne has participated in various Haitian clubs and organizations and attends cultural functions on an ongoing basis. Her professional expertise is in the business sector. She holds a Bachelor’s degree in Marketing with a concentration in International Business, a Masters of Business Administration in Marketing Management and Doctor of Philosophy in Business Administration. Fabienne has held various positions in the corporate field, however early on in her career she realized she wanted more. Fabienne decided to become an educator. She has been a business professor at St. John’s University for the past four years. She believes that knowledge is power. At a very young age, Fabienne embarked on the mission of giving children in Haiti the opportunity to receive an education by sponsoring children and paying for their yearly school tuition. This desire is what attracted her to become a part of House of New Vision and Hope. Through this organization, Fabienne hopes to accomplish the goal of empowering all children in Haiti through education. 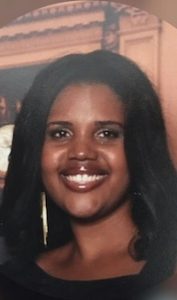 Christine Delmas-Durandis is a wife and mother of three currently living in South Florida.

Born in Brooklyn, NY Christine was raised by her mother in Port-au- Prince, Haiti where most of her schooling was done. In 2005 when Haiti was once again rocked by political unrest, Christine decided to come back to the United States to pursue her education. She enrolled at State University of New York of StonyBrook where she obtained her Bachelors of Science in Biology. While completing her undergraduate studies, Christine worked as a French and Haitian Creole medical interpreter. It was during that time that she uncovered her love and ability for languages, and came to appreciate the need for translators and interpreters alike especially in the medical field where clear patient/provider communication and understanding is vital. Coincidently Christine also realized that much of the confusion the patients experienced even when procedures were carefully explained in their native language was, in some cases, primarily due to a lack of education. A big supporter of education for all, Christine believes that access to education yields stronger and efficient communities. This conviction led her to join the Board of Directors of House of New Vision and Hope with the goal to help the organization acheive its mission to bring tuition-free education to the children of Haiti. 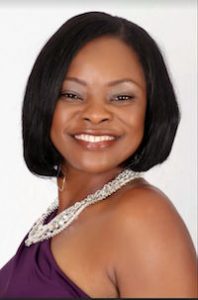 Guerda Joseph Valere, RN, MSN was born and raised in Port-au-Prince, Haiti. Growing up, Guerda experienced the ramifications of bad healthcare policies and the devastating, life-threatening inequalities in health care. These experiences and the inefficiencies in the healthcare system in Haiti had a deep and profound impact on her and so, from an early age, nursing became Guerda’s chosen profession. After migrating to the United States, she enrolled in Sheridan Technical School where she obtained her certification as a Licensed Practical Nurse. She received her Associate’s degree in Nursing from Miami Dade College and graduated with a Bachelor’s in Nursing (Cum Laude). Always driven to be her best, she continued to purse higher education and earned a Master’s in Nursing Administration and Financial Leadership from Florida Atlantic University. She is currently pursuing a Post-Master’s certificate as a Family Nurse Practitioner at South University.

Her areas of expertise include, but are not limited to, long-term care/gerontology and nursing management. Ms. Valere – as she is affectionately called by her peers – is also an adjunct professor at Miami Dade College of Nursing.  She lives in South Florida with her husband Jeancot and her daughter Jayne.

Driven by her memories of her childhood in Haiti, Guerda is always mindful of those less fortunate and always strives to improve the welfare of those in her community. Throughout her nursing career, she has participated in programs which directly impact those with the most needs: health screenings and health promotion activities in communities, presentations at health fairs, and presentations on healthy lifestyle behaviors in schools and community groups.

Serving as a board member of House of New Vision and Hope is fulfilling a desire that she has always had as a young child, to help provide a better future for the underserved children of Haiti. Through her philanthropic efforts and her career, Guerda hopes to serve as an inspiration to the children of her homeland, helping them realize that through the avenues of academia and other endeavors, the only limit to achieving their full potential is the size of their imaginations.